Every Linux administrator and users have must come across the situation where the system has reached its saturation point and it starts consuming all of the resources allocated to it. At this particular time, we wholeheartedly want to identify the processes responsible for consuming such high resource usage. To identify such processes, we have many tools and commands available nowadays, but the best among all is htop. 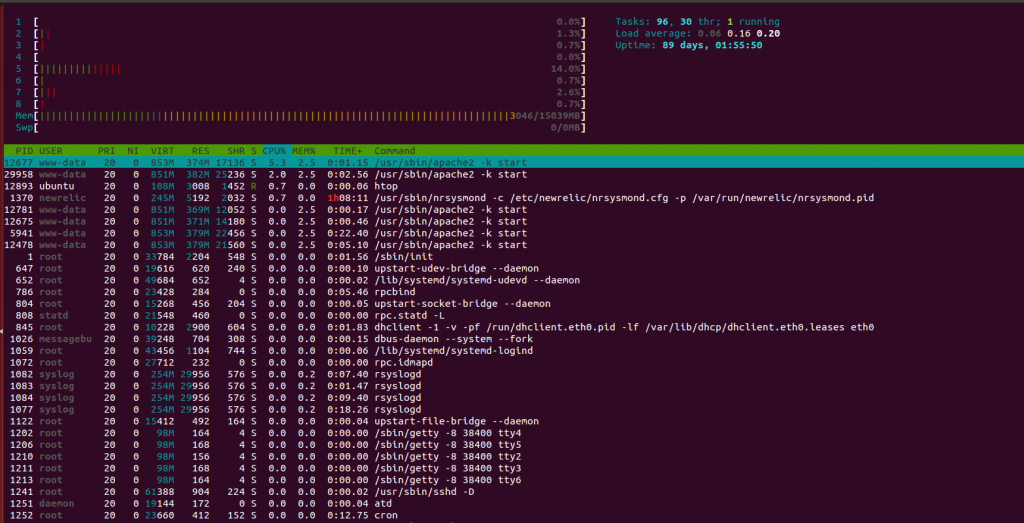 In reference to above screenshot, numbers 1 to 4 are the CPU/Cores of the system and the progress bar running next to it is describing its usage. One thing to notice here is that the progress bar contains multiple colors within it.

Have you ever wondered why there are multiple colors in progress bar?

Meaning and explanation of each color:

Meaning and explanation of each color:

In reference to above screenshot, we have 106 tasks or processes running on the machine which are broken up into 113 threads and out of these only 1 process is in running state. You must be wondering, what are other processes doing then???

Tasks are the representation of the total number of open processes but not every open process is consuming CPU constantly. There are several states in which each process resides. Check these different states of processes below.

Load Average: Refers to the Average load of the system. Three values are referring to the average load of a system for last minute, for last five minutes and for last 15 minutes.

Uptime: Refers to the system uptime since the last reboot. 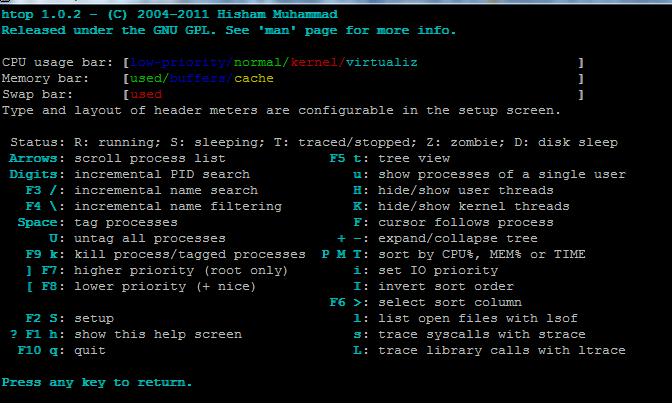 This brings an end to this explanation of htop command. Using htop we can identify and troubleshoot various factors causing sluggishness and system bottlenecks. We can enhance the system performance by using htop and it is all time favorite monitoring tool for UNIX based operating systems. Share this tutorial if you find it useful and for any questions please post in comment section. Stay tuned for more updates. Thanks!!